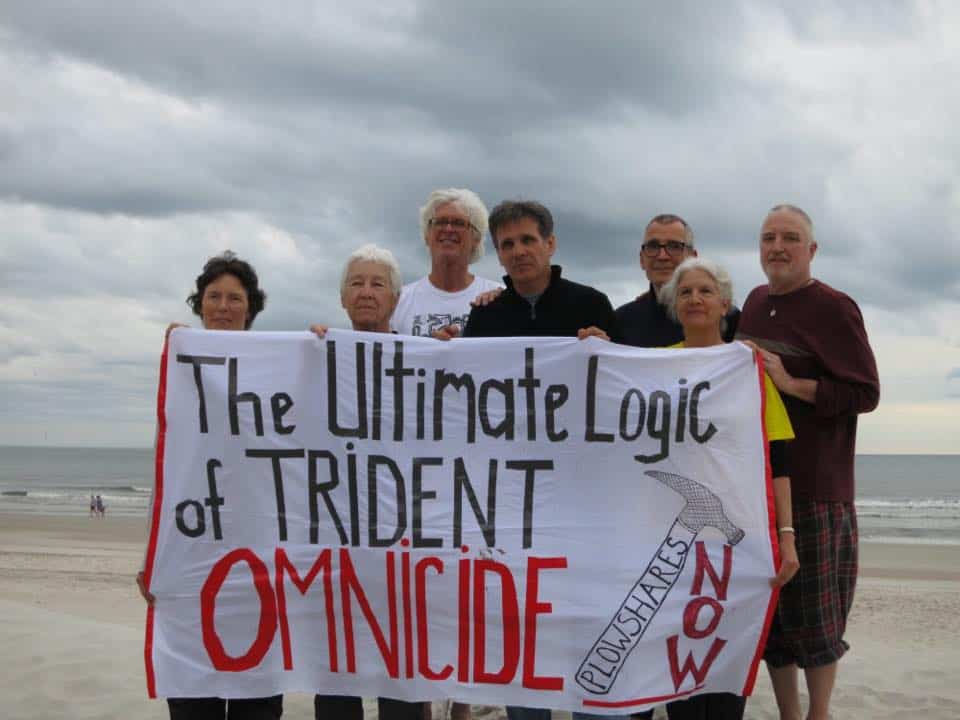 Busboys and Poets is pleased to welcome the Anti Nuclear Activists Kings Bay Plowshares to the Langston Room.

Speaking at D.C.’s Busboys and Poets will be KBP7 defendants Clare Grady, Martha Hennessy (Dorothy Day’s granddaughter), Carmen Trotta, and Patrick O’Neill, all out on bail. The seven were arrested on April 5, 2018, following their action that began earlier that evening on April 4th, the 50th anniversary of Martin Luther King Jr.’s assassination.

Thanks to CODEPINK: Women For Peace and Busboys and Poets for co-hosting this rare appearance by four of these prophetic activists!

“Nuclear weapons eviscerate the rule of law, enforce white supremacy, perpetuate endless war and environmental destruction, and ensure impunity for all manner of crimes against humanity…”