Mark Colville reported to The Brooklyn Detention Center in the afternoon yesterday, June 8, to serve the remainder of his 21 month sentence. He had been incarcerated for 15 months prior to trial so should have to serve about four more months. He does not want to apply for any early release to home confinement or a halfway house as he views that type of intrusive supervision and wearing an ankle monitor as worse than being in a prison.

After a Mass and blessing at St. Joseph House Catholic Worker in Manhattan with about 25 supporters, Mark’s wife, Luz, and daughter, Soli, drove him to the prison where he was met by five friends and supporters. He arrived right on time at 2 pm as ordered but was told by the guard at the gate to wait across the street because they had to check on paperwork. Everyone then went across the street and sat on some concrete road barriers at the curb. The prison is in an industrial zone with busy truck traffic and an Amazon warehouse. Hours passed without any progress. Luz and Soli had to drive back to New Haven. When a severe thunderstorm blew in everyone went around the corner to an enclosed bus stop as advised by the guard. Finally another guard came by and told Mark he better check in again as there had been a shift change. Sure enough the new guard at the gate didn’t know what had happened but quickly arranged for two marshals to come out and take Mark in. It was now almost 5:30. The BoP was in no hurry to take Mark in. 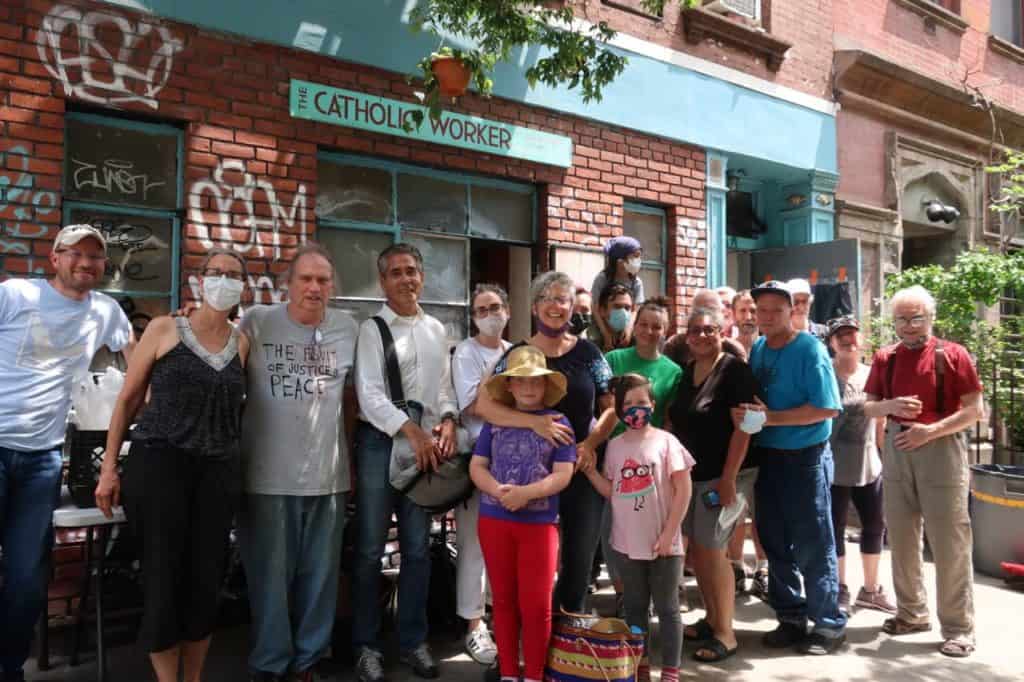 Mark can get mail at:

Martha is in a halfway house in Manchester, NH for three weeks. She has been through quarantine and is now allowed out for a short while each day. She doesn’t know how long she will be kept there before being allowed to return to her home in Vermont. She continues to write reflections which are put on the website under jail reflections.

Carmen is under home confinement at a friend’s apartment in NYC. He has now received permission to go to church on Sunday and a gym twice a week. He’s hoping to be allowed to go to the Catholic Worker to cook.

Patrick O’Neill and Clare Grady continue in their prison sentences. Their addresses and information about writing are on the website.